Tappan Zee: A Bridge to a New Era

By Theresa Juva-Brown and Khurram Saeed

The first shovel isnt even in the ground for the new Tappan Zee Bridge, but a movement is already brewing to secure toll discounts for area residents, raising questions about the fairness of such a policy.

State Sen. David Carlucci and Assemblyman Ken Zebrowski have introduced matching bills that would allow the Thruway Authority to give Rockland and Westchester residents 40 percent discounts on the cost of crossing the 3-mile twin span.

Those toll rates have yet to be set. After The Journal News first reported in August that estimated tolls on the new bridge could be nearly triple the current $5 cash price, Gov. Andrew Cuomo directed Thruway officials to create a panel to study how they could be lowered. That task force wont be formed until the state learns whether it will receive a federal low-interest loan for the bridge construction costs, something that would affect the size of the toll increase.

Brian Conybeare, special adviser to Cuomo on the $3.9 billion project, said the task force would consider all options, including possible resident discounts.

An estimated 43 percent of all E-ZPass trips on the Tappan Zee in April 2012 were made by Rockland and Westchester residents, according to figures provided by the Thruway. A Thruway spokesman said the agency doesn’t track where drivers live when they pay the toll with cash.

Carlucci, D-New City, said toll discounts are important for the local economy and would encourage Westchester and Rockland residents to cross the bridge to go shopping, visit family and work. Its important that we try to strip the barriers between the two counties to the best of our abilities, Carlucci said.

Zebrowski, D-New City, said locals shouldnt be burdened with paying for much of the replacement project, noting that the Tappan Zee is critical for the whole region. He also argued that Rockland residents are forced to use the bridge because they have fewer direct mass transit options to Westchester and New York City. In many cases, they must transfer between transit systems.

Its certainly not the type of commute people in Westchester have, people in Long Island have, where they can hop on a train, Zebrowski said.

The state recognized that Staten Islanders have fewer transit choices, MTA spokeswoman Judy Glave said. There is no subway there.

Transportation analyst Charles Komanoff said giving discounts on the new Tappan Zee to certain residents will only mean higher tolls for everyone else. He questioned why some groups would be entitled to the break and not others, calling the idea bad public policy.

He also argued that Westchester and Rockland residents shouldnt be compared to Staten Island residents. Because of the way the MTA distributes its revenue, tolls from the Verrazano have been subsidizing MTA mass transit for decades.

Rochelle Jobsky said the proposed bills are unfair to Tappan Zee commuters like her who live outside Rockland or Westchester. She currently pays $60 a month under the Thruways commuter plan, which covers up to 20 trips during a 30-day period.

Im not particularly interested in subsidizing the commute of people just because they live in a different county as I do, said Jobsky, who lives in Paramus, N.J., and regularly drives to Sleepy Hollow. Why are they singled out for preferential treatment?

Jobsky said elected officials should focus on a plan that doesnt place the toll burden on commuters. 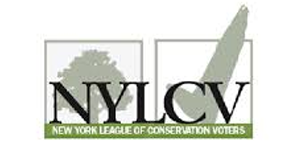