The New Jersey First Act requires all public employees to live within the state of New Jersey. New Jersey wants to have its cake and eat it too; it is shutting out New York residents despite the fact that countless New Jersey residents currently work in New York’s public jobs.

In 2011, New Jersey enacted a law that effectively shut out all New Yorkers from public employment opportunities regardless of their qualifications. This law, known as the New Jersey First Act, requires all public employees, including municipal and school employees, to live within the state of New Jersey. This law sets a dangerous precedent that threatens to close the economic border between our two states. New York residents are put at a competitive disadvantage and my colleagues and I need to either get this law repealed or pass our own law to protect New Yorkers and level the playing field.

A “race to the bottom,” a situation where all states pass residency requirements, is not economically advantageous. A statewide residency requirement harms the regional economy and impedes the free flow of human capital between states. In the past, permissible residency requirements have been limited to local governments that focus on public protection or emergency services personnel. The basis for these requirements revolved around response time to emergencies. The New Jersey First Act, on the other hand, is a broad ban that is not related in any way to an employee’s ability to effectively perform a job. A New York resident living within minutes of a prospective employer would be denied employment in favor of a New Jersey resident living hours away.

While New Jersey cites a desire to keep tax dollars within the state, it ignores regional economic realities and fails to consider the long-term consequences of economic protectionism. New Jersey wants to have its cake and eat it too; it is shutting out New York residents despite the fact that countless New Jersey residents currently work in New York’s public jobs. In actuality, New Jersey sends more workers to New York than the reverse (both in the public and private sector). In fact, New Jersey exports more jobs to other states than any other state in the country. Given this information, not only is the New Jersey First Act flawed, but it is also ironic.

The New Jersey First Act has only been in effect for a short period of time, and yet is already causing hardship for Rockland residents. I have been contacted by many constituents who have either been shut out of available jobs, are in danger of losing their current employment, or are facing an unequal competition for jobs in their local communities. In response to this clear bias, I have written two letters to Gov. Chris Christie (one with 25 Assembly colleagues) but both have been left unanswered. In addition, I have reached out to Gov. Andrew Cuomo on this issue and requested that New York Attorney General Eric Schneiderman examine whether the law is constitutional.

Unfortunately, New York and other border states now have no choice but to consider legislation to protect their residents. A failure to act would result in an unfair advantage as New Jersey workers will be afforded a much larger job market than New York residents. I recently introduced legislation that will label states like New Jersey a “discriminatory jurisdiction,” basing the designation on their restrictive employment laws (A9157). Under the bill, the state will develop a list of these jurisdictions and public employers in New York will be prohibited from hiring residents from those states. I will not stop these efforts until New York residents are no longer discriminated against based on where they live.

Gov. Chris Christie and the New Jersey Legislature have essentially declared a border war on New York and Pennsylvania through the New Jersey First Act. It completely disregards the ideals on which this nation was built and threatens the free economic markets that we have worked so hard to maintain. I ask all elected officials and residents to join me in working to overturn this policy.

The writer, a New City resident, is a Democratic member of the New York state Assembly, representing the 96th District.

Legislation in the Assembly would label states like New Jersey that have “restrictive employment laws” as a “discriminatory jurisdiction.” To read the legislation, go to http://assembly.state.ny.us and type in the bill number — A9157 — in the Quick Bill window. 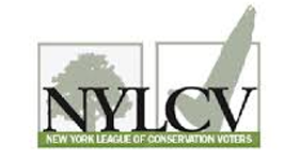 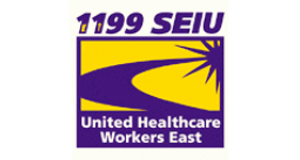